Pixie (on the left) and Millie (Right) when they are about 6 weeks old.

It’s time to officially introduce two new friends of ours, Millie and Pixie.  About four months ago we were put in contact with an animal rescue group.  After several emails we received a message saying that they had three young kittens that were rescued from the streets in Taichung.  We decided to adopt these two little girls, but found out that their brother who had been injured didn’t survive.  We finally made the 90 minute train ride south and met Millie and Pixie for the first time and brought them back to Taipei as our new friends.

Laura with a mini kitten blanket.

I know that there are entire blogs dedicated to pets and animals, and we don’t want ours to become another blog that gets overrun by pet photos.  So we’ll try and control ourselves and not flood our site with cat photos.  (let us know if we do) 🙂 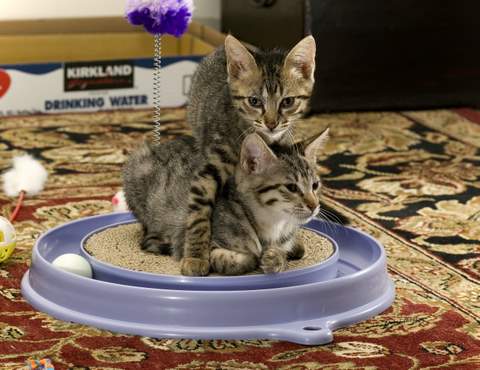 Hanging out on their scratch pad. 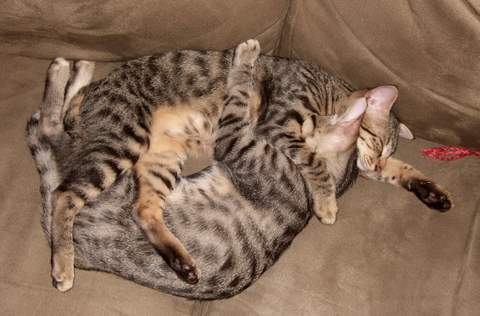 As sisters they get along very well and rarely sleep apart.