There are many stray dogs and cats in Taiwan. Previously these animals were euthanized, which made only a small dent in the growing animal population. Now the policy of the animal organizations here is to catch-neuter-release—there are too many to place in homes. 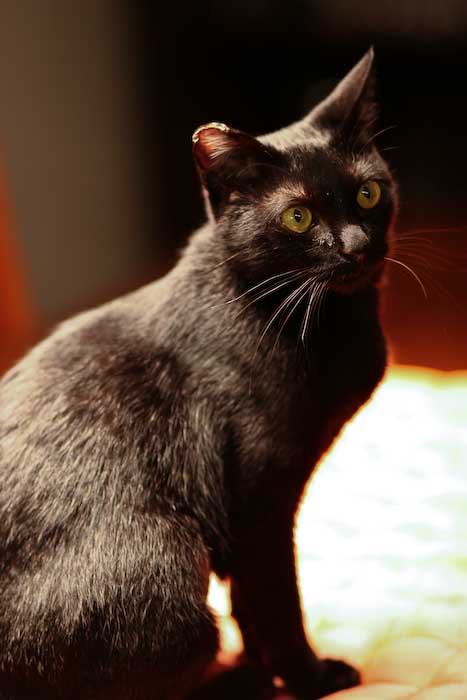 We have been feeding several strays in the neighborhood and ended up getting very attached to one particularly friendly one. We decided to do our part to help control the population and brought “Little Black Cat” (as we called her) to the vet to be spayed. After daily visits to the vet’s office during her recuperation we realized we would not be able to put her back out on the street and decided to adopt Little Black Cat (renamed Lucy). 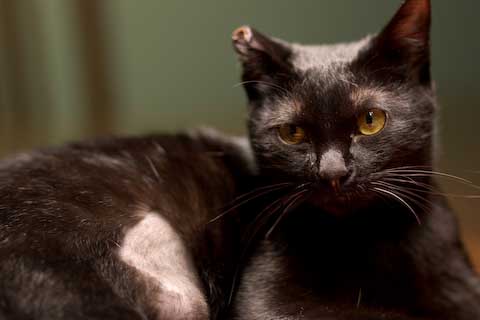 We really debated, as we didn’t want another cat and we don’t want to become the crazy cat people—thirty-something couple with three cats and no kids has a certain stigma. Even so, we decided to bring LBC home. You’ll notice in the pictures that one of her ears has been cut. The vet does that to strays to mark them as neutered. When we brought her in we hadn’t planned on adopting her, otherwise we wouldn’t have let them cut her ear. She also has a shaved belly from being spayed. We will update the pictures once she looks her best!

Little Black Cat when she was a stray. Now LBC is on the other side of the glass playing with Pixie and Millie.