A few friends have emailed and asked about the earthquake in China and wondered if we were affected. Fortunately we were far enough away that we didn’t even feel a tremor. We’ve had our share of earthquakes since moving here, but none of them have caused damage.

Ok, about getting lost. I brought the computer down to a shop this weekend to have some work done on it and knowing that it would take 2-3 hours to repair, I decided to have lunch and get lost. I wondered around the alleys and streets around National Taiwan University. My first stop was Sababa, where they serve some very, very good middle eastern food. After a pit stop at Sababa I headed out with no particular destination and no particular photos in mind.

A little red Citreon that apparently still gets used

I walked around the small side streets and found a nice little restaurant called I Swear and grabbed their card so we could find our way back in a taxi. Getting around can be tough sometimes because Taipei is so big and we can’t really stop and ask for directions when we get lost. Having a business card to give to taxi driver is MUCH easier. Luckily we know enough Mandarin now to get back home without any problems. 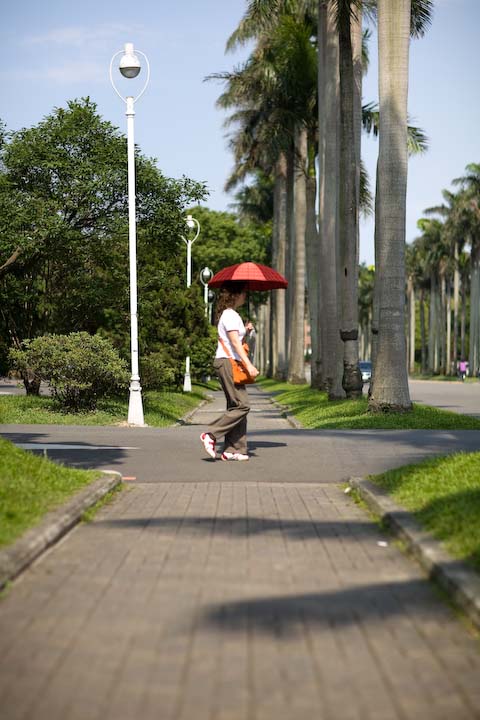 I spent most of my time walking around National Taiwan University. Campus life was fun. 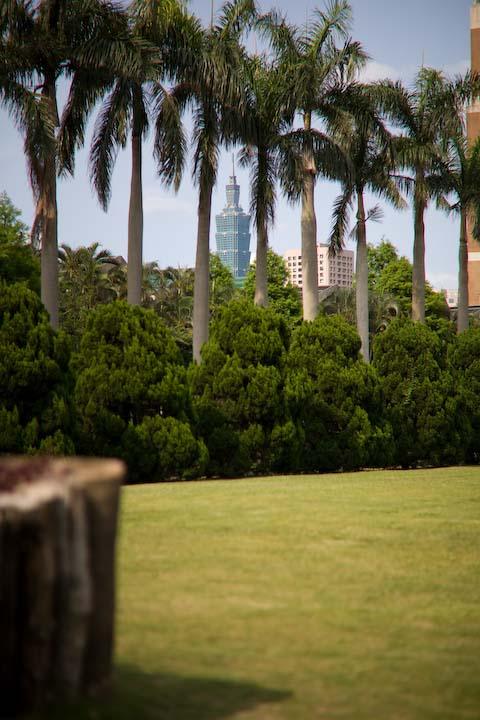 When you’re in Paris your photos have the Eiffel Tower, in Rome you have the Colosseum and in Taipei, Taipei 101 ends up popping its head out in various places.