Thanks to its remoteness it probably will remain off the beaten path except for a few thousand weekend visitors from around Taiwan.  With a permanent population of around 3000 it’s a relatively uninhabited small island.  It takes about 40 minutes on a scooter to make it around the 18 km coastal loop on Green Island. 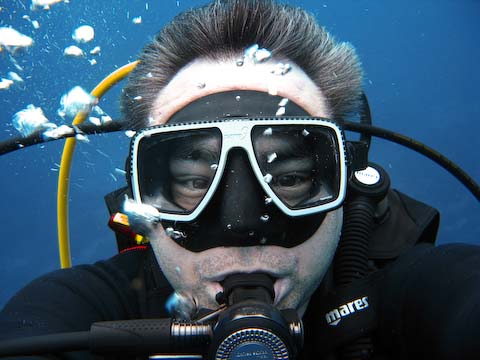 Above the surface you’ll find unspoiled beaches and below the surface you’ll find some of the best diving around.  For visibility and sea life it surpassed anything that I could have imagined.  It was easily the best diving I’ve done, in my very limited diving career, including the Red Sea, Sulu Sea and Philippine Sea.  Visibility, even on an overcast windy day was between 25m-30m and water temperatures hovered around 27c (80F).  Not bad for the end of November.

The trip starts with a 10 minute flight from Taitung to Green Island.  Your other choice is a ferry that runs between Taitung and Green.  I’ve heard that the ferry is notorious for making people sea-sick and their idea for dealing with this is by passing out CLEAR vomit bags as you board the ferry.  No thanks.

Don’t mind the smoke filling up the lower half of the cabin. 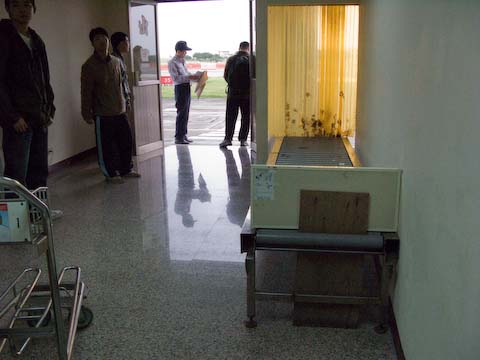 Possibly the smallest baggage claim area in the world.

There’s a huge amount of soft and hard coral surrounding the island. 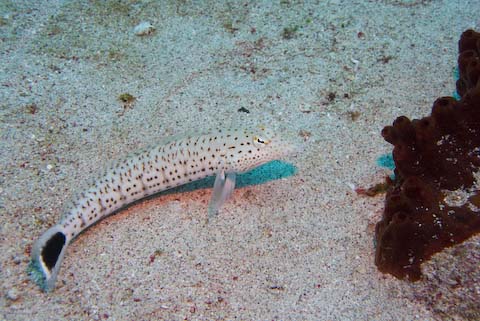 Your typical aquarium scene diving around Green Island.  I believe this was Independent Rock.

3 thoughts on “Shhhhhh….let’s keep this place a secret”