I am partial to black and white images.  To me it feels like there’s less distraction from the colors and more focus on the subject or story being told by the photograph.  I feel like the Leica in combination with their lenses produce some of the best b&w photos I’ve come across.  Technically I won’t pretend to know why Leica’s produce beautiful black and white, but they do.  Maybe someone out there can explain why.

As far as shooting goes, I shoot jpeg+raw, with the jpeg being in black and white to give me a small preview of what to expect.

On the subject of previewing on the M9 I have to get this off my chest.  The preview screen on the M9 is not that great, in fact it’s quite poor.  It looks about as good as the screen on a digital camera from 10 years ago.  Poor color representation, low, very low resolution and it’s not very bright.  That being said nobody goes out and buys the M9, because it has/had the latest tech on it.  Now that I’ve said I am partial to black and white that doesn’t mean I don’t love a splash of color.

My preferred processing is via NIK’s Silver Efex Pro.  Love that program.  It consistently puts out great looking black and white images.  There are a number of presets and film simulations to choose from, but I find that playing around with the sliders and adjustment tools yourself will give you a better image.  I have to say though, the whole NIK suite is excellent, I just happen to spend most of my time in Silver Efex Pro.

Waiting in the mall 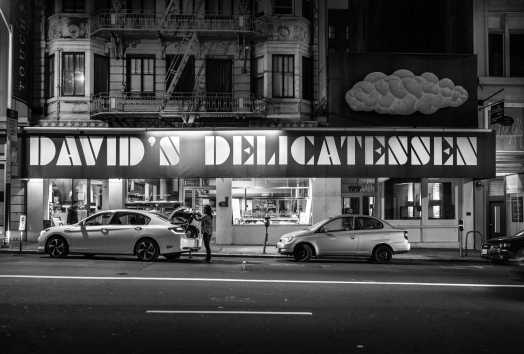 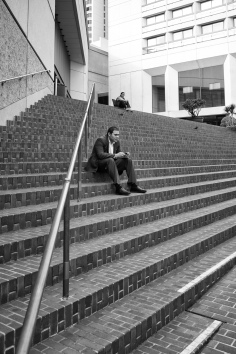 2 thoughts on “San Francisco in Black and White”