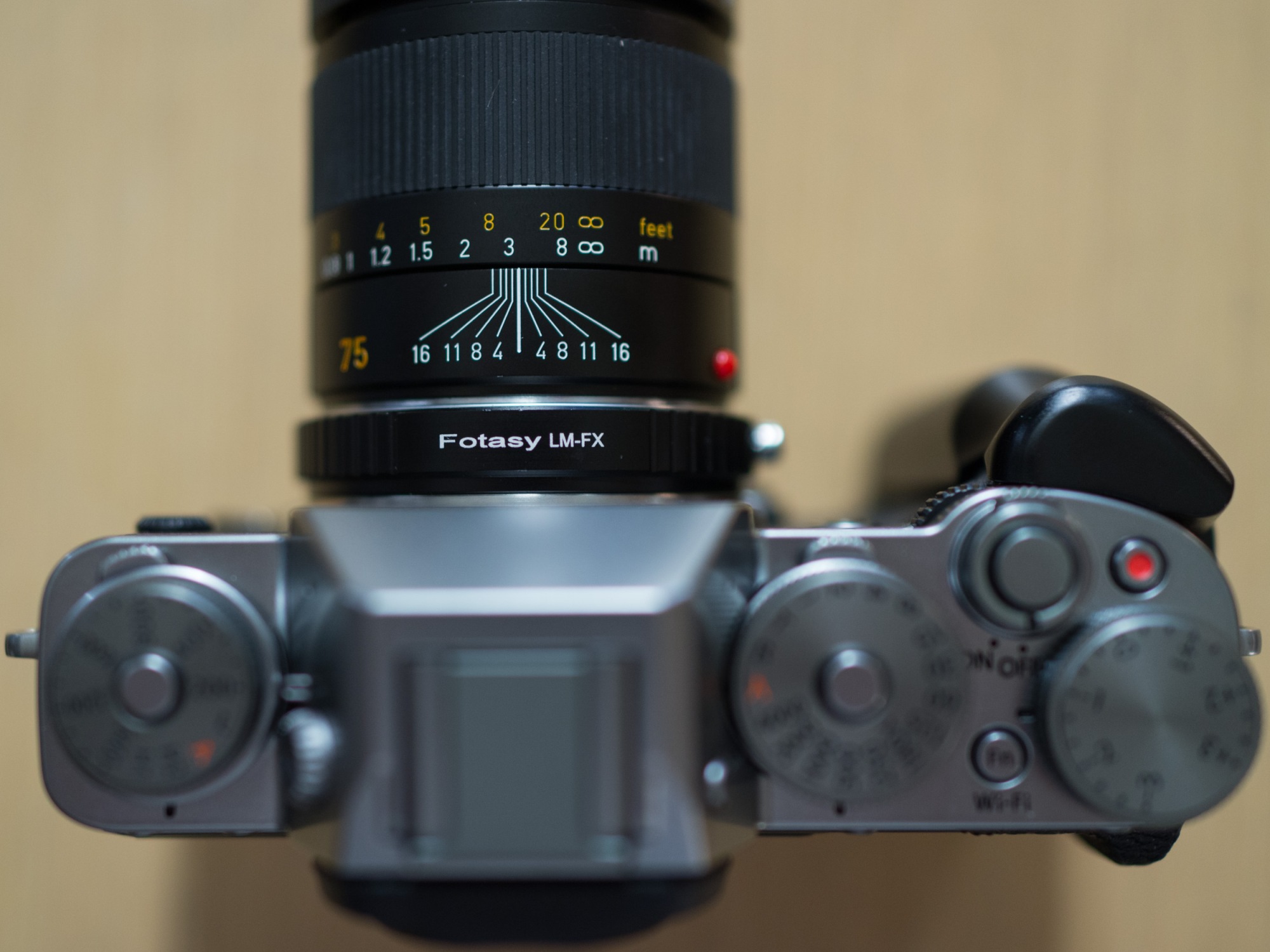 I’ve used several adapters for different mounts in the past, some OEM and some cheap alternatives.

Fujifilm offers an extensive list of compatible M mount lenses from Leica, Voigtlander, Carl Zeiss and Ricoh that can be found here. In addition to this, Fujifilm have included a handy template to be used on your lens to check its width and depth (the amount that extends into the camera body toward the sensor).

In the brief time I’ve spent with the Fotasy LM-FX adapter I have to say the fit and finish is very good, especially considering it is roughly 5% of the price of Fuji, but there are a couple things to consider before jumping on this $12 adapter.

Most importantly, the Fuji M Mount adapter has an electronic connection with the body allowing a certain amount of EXIF data to be collected, not much, but it is handy when going through your library in Lightroom. The Fuji M Mount adapter also has a shortcut button placed conveniently on the side of the mount that takes you directly to the menu for choosing the focal length. I’ve found this one of the biggest benefits of the Fuji adapter. If you use the Fotasy LM-FX adapter this is still accessible by pressing the ‘Menu’ button on the body and digging through a few options, not a big deal really. You have to decide if it’s worth paying for the convenience allowed by the Fuji adapter.

Fit wise, they feel the same when clicking them into place on the camera body. Adding a lens to the adapter felt the same on both, but removing the lens was a little different. The Fuji adapter was smooth and accurate when releasing a lens, but the Fotasy had some resistance and felt a little clunky. Again, is it worth paying for this inconvenience?

Finally, and most importantly, they both performed exactly the same when shooting. Both adapters felt secure, both of them had tight tolerances and the images coming from each adapter were indistinguishable from one another.

5 thoughts on “Fujifilm’s M Mount Adapter or an eBay Adapter?”