There are three main cameras that I rely on, the Leica M9 the Sony RX1r and most recently the Ricoh GR. There’s no need to go into too much detail with the M9; it’s an ‘old’ camera by now and has dozens of excellent reviews scattered around the web. The Sony RX1r is newer and still the only camera in the full-frame/fixed lens category. Then there’s the lightweight and compact Ricoh GR with its APS-C sensor and fixed 28mm f/2.8 lens. I’ve written about it quite a bit over the last few weeks and my thoughts on it haven’t changed much.

The Leica was something that I worked up to and saved for quite some time. It took a long time to reach this point (read – it took a lot of convincing at home). I picked up the M8 and it lasted a few months before trading it in for the M9 a couple years ago. It’s probably safe to say that this camera will be with me for quite some time. Plus, if I sold it I’d loose a lot of points with my wife since I used the, “This is the last camera I’ll ever need” line.

Shooting with the M9 is slow, it’s not exact, it has more than its share of drawbacks, but at the same time there is nothing as rewarding as shooting with one of Leica’s M cameras. I should let you know that I haven’t owned a Leica film camera so I won’t even bring those into the conversation. What’s the beauty of the M9? It is a simple camera, but requires all of your attention. There is not much to fiddle with except for aperture, shutter speed and ISO. That’s all you really need anyway.

I’ll do my best to explain why I like shooting the M9 so much. I like that shooting with the M9 is a complete and engrossing experience from before you raise the camera to your eye to the final product. It is not a casual shooter. It is consuming and requires constant thinking and predicting. I find myself often approaching or predicting a scene and beginning to focus the lens before it gets to my eye. I like the tactile feedback from the aperture ring the solid clicks of the shutter speed dial and the metallic clicking sound when releasing the shutter. It’s a visceral, engaging experience that I haven’t had with any other camera. Put simply, it’s just a lot of fun. 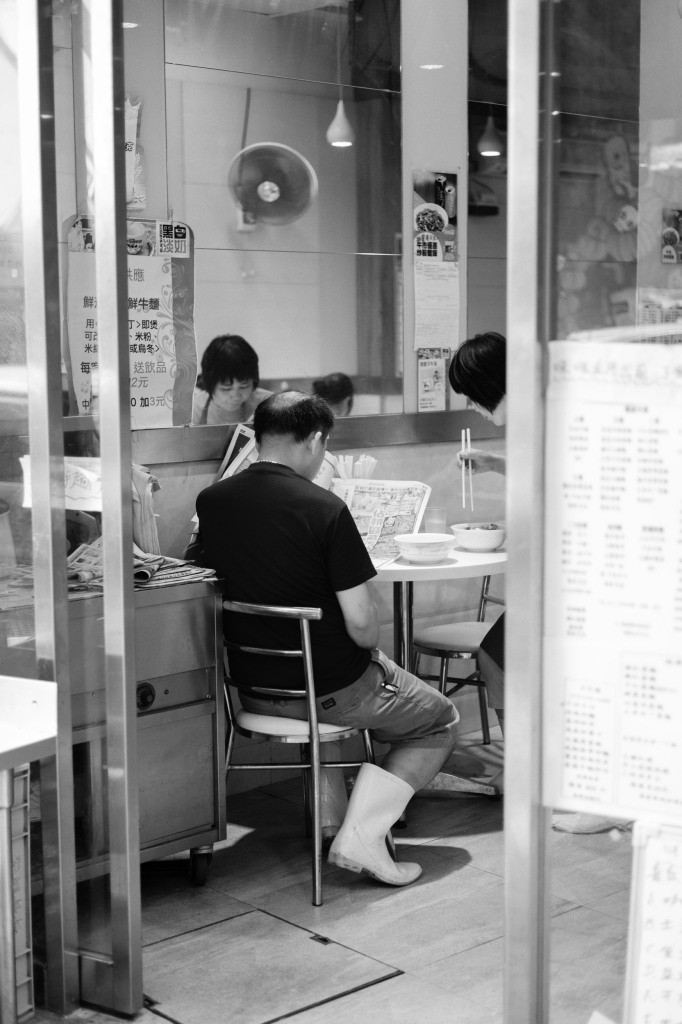 The Sony RX1r on the other hand is nothing like the M9, but when you see the results you get from such a small, and comparatively inexpensive, camera it’s hard to deny its standing as one of the best full frame cameras ever produced. It’s built extremely well, maybe not to the over-engineered extreme as the M9, but it’s a very, very solid camera. The Zeiss lens on front is as good as any Leica lens I’ve shot with and I often prefer the color images from the Sony over the M9. Unlike the M9, it’s an easy camera to shoot and doesn’t require as much effort as the M9. Obviously things like auto-focus greatly reduce the effort involved and the extreme range of acceptable ISO makes it a lot more flexible. At night, I only bring out the RX1r (I can’t afford the 50mm Noctilux…). The Sony also has all the gizmos you’d expect from a modern Sony like face detection, great video, dozens of pre-programed scene modes… It’s all there in one tiny package housing a giant sensor and beautiful lens. This is another camera I don’t want to give up any time soon.

Then there’s the amazing little Ricoh GR. I can find faults with it, but they are far outweighed by the positives. For starters, this is a compact camera with a relatively larger APS-C sensor and outstanding 28mm fixed lens. Add to that the best user interface that’s ever been jammed into a digital camera and you have a powerful, easy to use, compact camera. I was coming up from older generations of the GR and was already so happy with the handling, the menu system and the lens that when they decided to upgrade the sensor I was immediately sold. Drawbacks? There are two that come to mind. I think that other cameras with the same sensor size have better noise characteristics and the color balance is sometimes a little flat, but is correctable in post. One last thing about the GR that I can’t emphasize enough; it is hands down the most comfortable, ergonomically designed small camera I’ve ever used.

My thoughts on the GR might be summed up best with something I shared with my father at the end of this Hong Kong trip, “…I could have shot the whole weekend on the Ricoh and been very pleased.” It’s true, this is a remarkable little camera that punches way above its weight.